Biosero customers deserve to have the most talented people designing, installing, and maintaining their systems. That’s why we make it a point to hire people like Senior Automation Engineer Steve Spence. He joined Biosero in 2019 after training with the U.S. Marine Corps and spending 2 decades in the lab automation field. 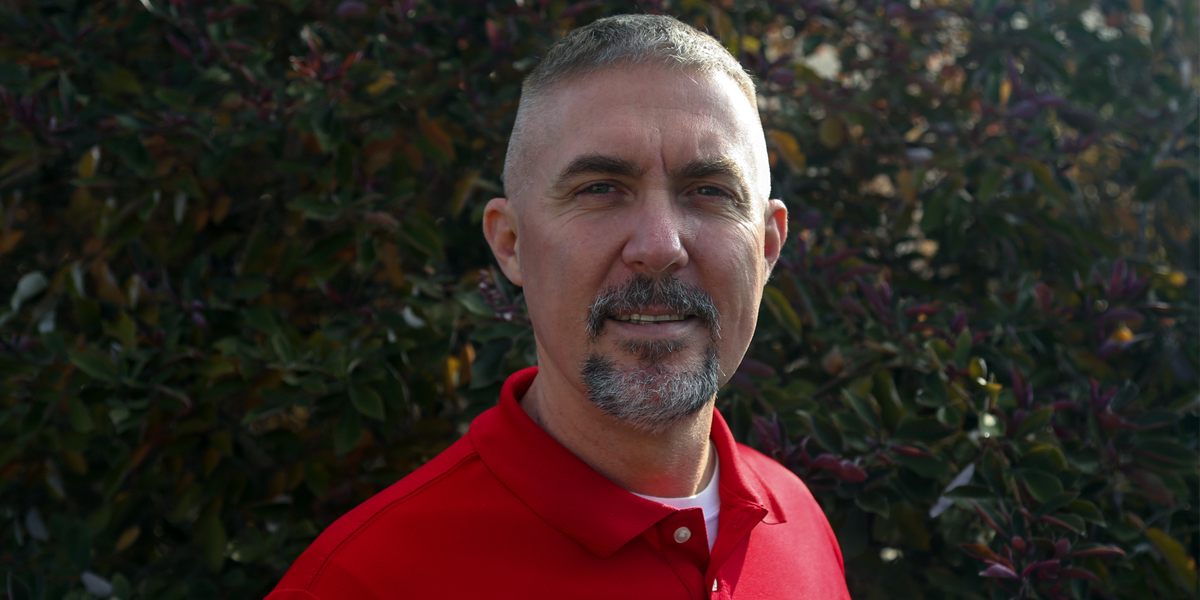 Q: What do you do at Biosero?
A: I just transitioned from the field service group into the integrations group. I had been a field service engineer for 15 of the last 20 years. At Biosero, I work on designing, building, and installing integrated systems for customers east of the Mississippi River.

Q: How did you get on this career path?
A: I spent eight years in the Marine Corps, where they figured out that I had technical skills. I ended up working on aircraft for the Marines. After that, a friend of mine who had gotten into a small biotech company called Sequenom pulled me into this career in 2001. Since then I’ve blazed a path throughout the pharmaceutical and biotech field.

Q: What brought you to Biosero?
A: I had a five-year stint at Bristol-Myers Squibb where I worked basically as the integrations department. They really put these integrated systems to full-blown use, with 22 of them just in our Connecticut site alone. I really enjoyed doing that job. Years later, when I applied for a job at Biosero, it became evident to me that they were going to need somebody with integrations experience outside of San Diego. They weren’t looking for that, but I thought if I got my foot in the door, I could eventually make the transition. That’s what really attracted me — getting back to the integrations work. It’s what drives me.

Q: What’s one thing you wish more people knew about laboratory automation?
A: The automation’s not there to take your job away; it’s to refocus your job into what makes the most progress. We’re taking you off the bench but we’re putting you on the computer because we need your brain to do the scientific analysis. A scientist’s brain is going to cure cancer. Pushing “go” on an instrument isn’t going to do that.

Q: If you could automate anything in your life, what would it be?
A: I tend to drive a lot, and if I could automate the whole driving process that would really allow me to make more use of my time. I’d probably use that time to read or catch up on sleep.

Q: What’s your best career advice?
A: What I’ve said since my Marine Corps days: Always keep an eye open for opportunity. When opportunity knocks, there’s nothing wrong with opening the door and seeing what it wants.

Q: What was the first thing you ever wanted to be when you grew up?
A: I wanted to be a fighter pilot. And that was before the movie Top Gun! I was just fascinated by planes as a young kid.

Q: What’s something your colleagues don’t know about you?
A: I am a prolific reader. I average 35-plus books a year spanning all sorts of genres. I read classic literature, classic science fiction, modern science fiction, fantasy, historical novels, history, and action-packed thrillers. Some of my favorite authors are Kenneth Grahame, Robert Heinlein, John Scalzi, R.A. Salvatore, Bill O’Reilly, Rowland White, Nathan Farrugia, and Matthew Reilly. While I prefer the feel of a hard copy book, I always have an ebook or two available for plane rides.