Automation 101: Building an Orchestrated Lab, Not Just an Automated Lab

It seems like every lab has some kind of automation these days but tying that automation together into a smart system is what we dream about. We call that Lab Orchestration.

The goals of Lab Orchestration are straightforward

These Lab Orchestration goals sound so simple in the context of consumer tools that already try to aggregate data, like Google Home does for devices in the household. But in the lab, it’s not that simple.

Most frequently, the lab automation progression goes like this.

So, when the lab wants another workstation, they either take the plunge to build out the expensive new cross-lab integration or they just let human scientists become the glue, ferrying samples between the workstations that are essentially islands.

Why do we keep expecting pipetting software to orchestrate the lab? It’s time to leave the pipetting to the experts, and think about a different model for orchestrating the lab.

To get to Lab Orchestration, you need to take a step back to see the lab differently from the classic automation approach.

The classic approach is for the lab to program everything into the liquid handler, which in turn will trigger activities on the family of integrated devices. 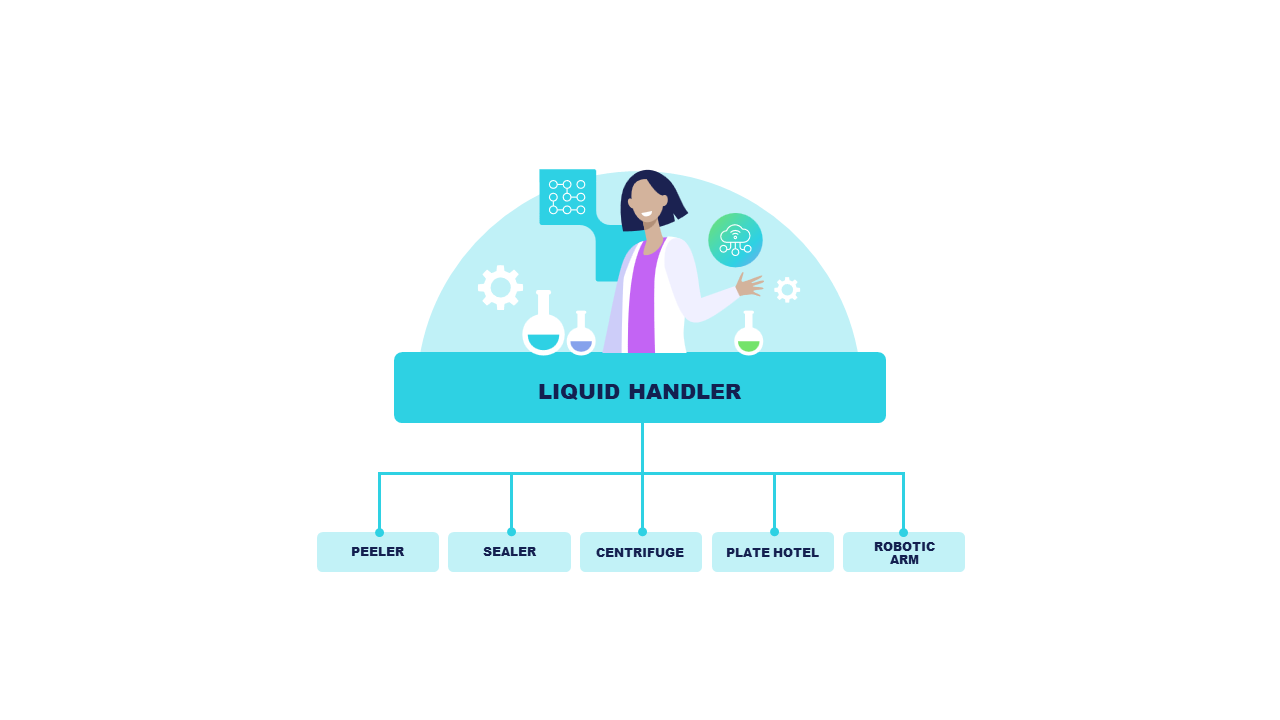 In the Lab Orchestration approach, you bring in a new layer that is specifically designed to manage the lab, including the liquid handler. 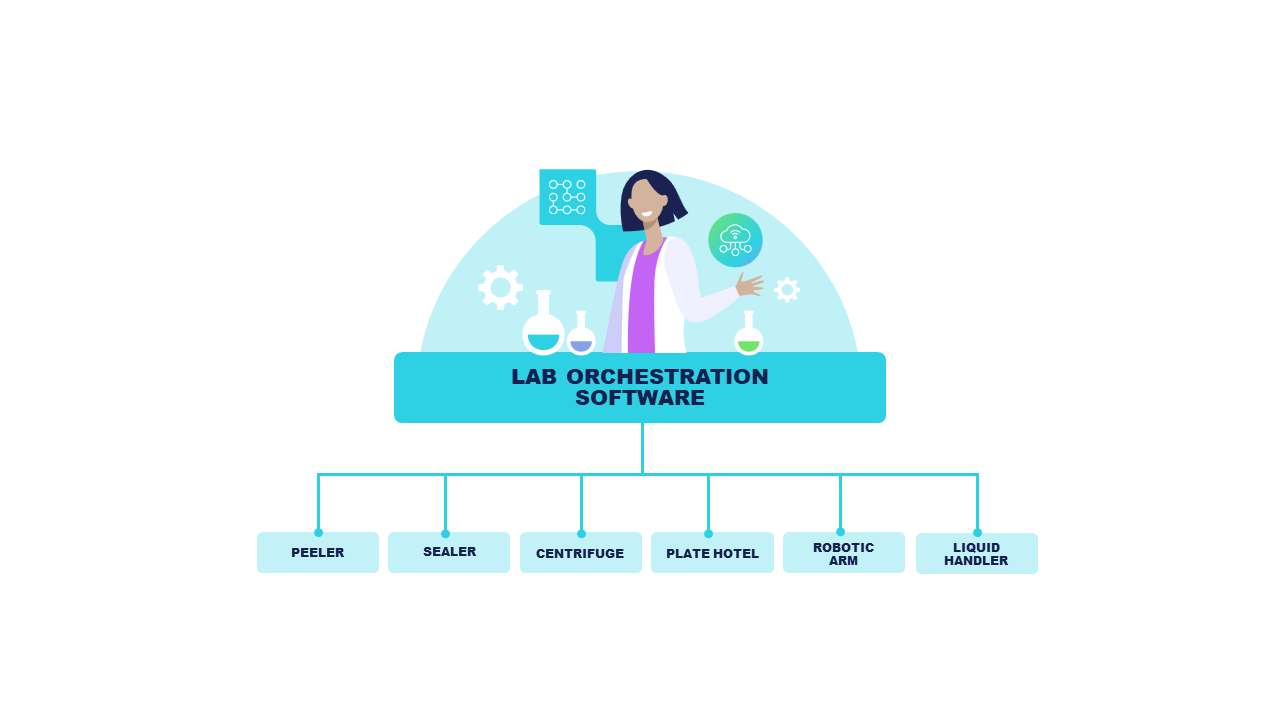 This model makes it easy to pick up all the devices in several clusters and control them separately from the same portal, prioritizing the scientific needs over the liquid handling operations. 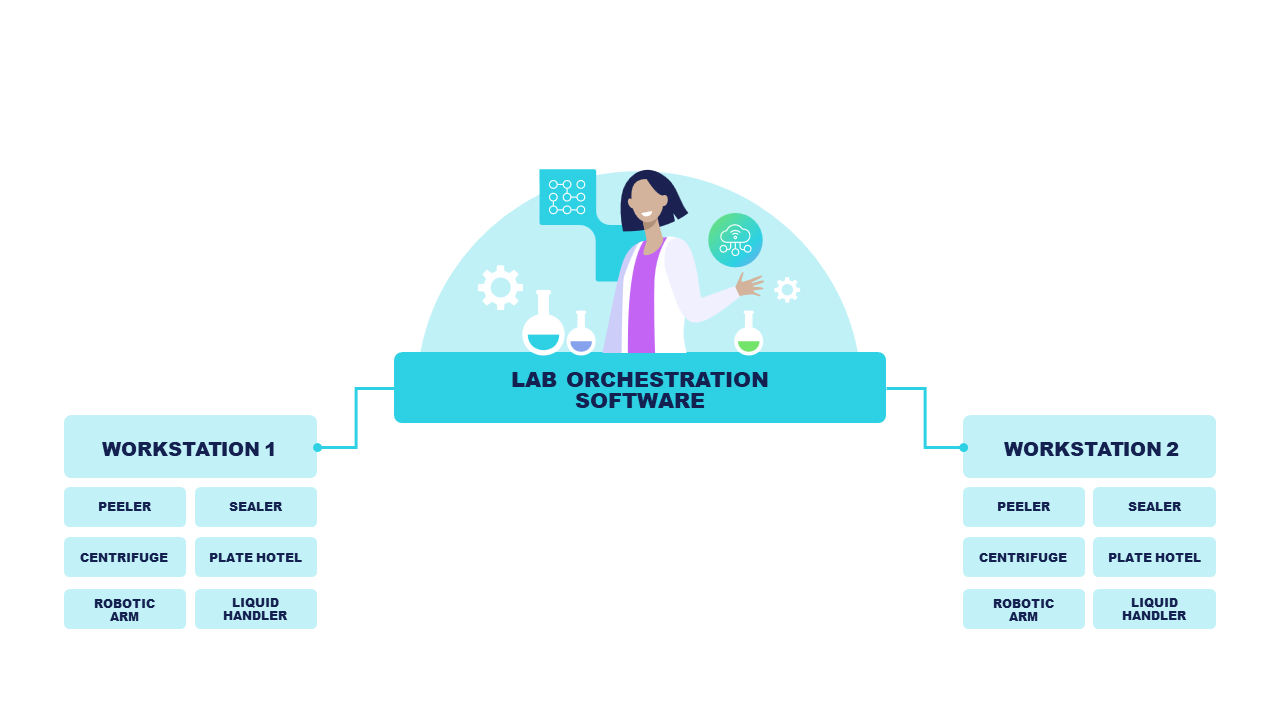 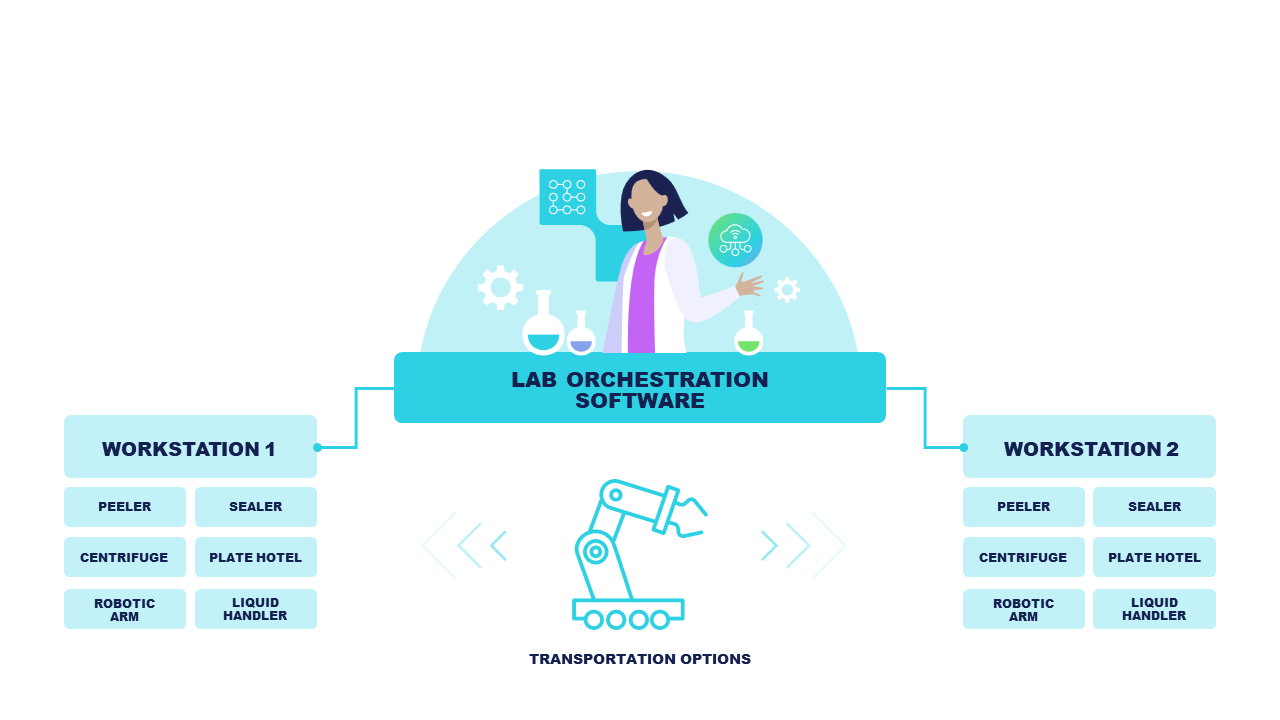 Once all the workflow data is flowing into the Lab Orchestration Portal, the integration possibilities really open up, offering potential to integrate with LIMS, environmental monitoring, ELN, and manual processes. Again, all activity is then organized, monitored, and stored from a central portal that is designed to be a controlling layer for the laboratory. 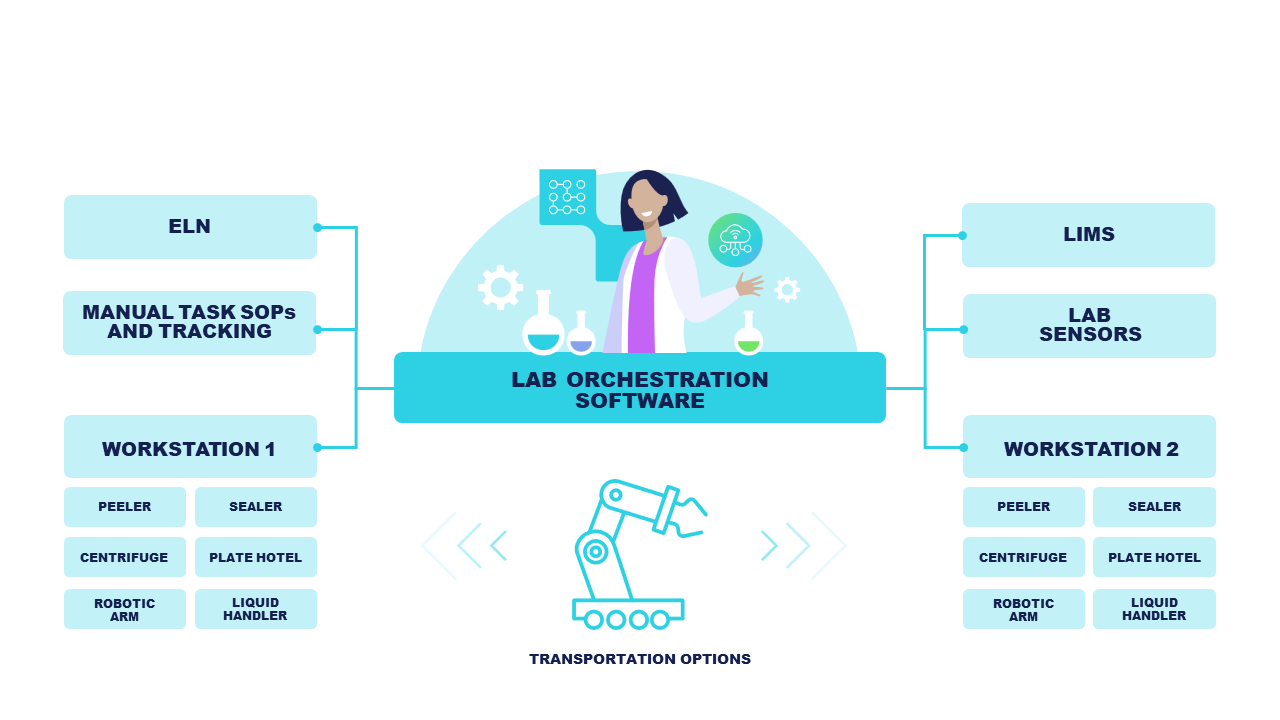 So many other parts of the laboratory process have been improved by strides in software, like Titian Mosaic for inventory management and Genedata Screener for data management, but automation tools that execute physical science also need reinvention.

It’s the Lab Orchestration mindset that allows you to reach new heights in lab automation.