Today we’re getting back to our series profiling the great team at Biosero. Meet Donald Chow, Senior Applications Scientist and Global Applications Manager. Joining Biosero in February 2016 and based in San Diego, he has worked in laboratory automation for more than two decades. He earned his bachelor’s in cellular and genetic biology from the University of British Columbia and his diploma in biotechnology from the British Columbia Institute of Technology. 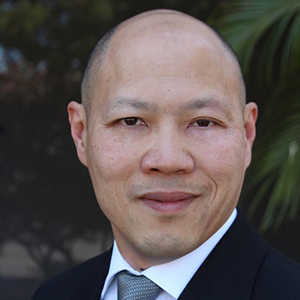 Q: What do you do at Biosero?
A: I’ve had 20-plus years of using automation tools and putting together experiments that have an element of automation so that I can understand and support our end users. I have a good sense of what they’re trying to accomplish. Important things that are often overlooked in automation are the logistics, say spatially and temporally. These are critical factors to meeting requirements to automate a process successfully. Because they can be quite different when a person executes them, I utilize my past experiences and logistical considerations to design and deliver solutions to our customers.

Q: How did you get on this career path?
A: I’ve always been attracted to the science side of things, and I’ve always been inquisitive. After deciding that medical school wasn’t for me, I ultimately settled into research, and it was always centered around making processes more efficient. That was in the mid to late ’90s and, from that point on, I have always been involved in automation.

Q: What brought you to Biosero?
A: I was working at TGen when our lab became a customer of Biosero. In 2015, I got introduced to their Green Button Go® software. I believed in the product and was impressed with the passion that Tom Gilman brings into the company. The other element was very personal. I have a lot of relatives who have succumbed to cancer and family members who have beaten it. I’m driven to make sure that any work I do contributes to the success of Biosero customers because that ultimately leads to better patient care.

Q: What’s one thing you wish more people knew about laboratory automation?
A: I would really like to see a change in people’s apprehensions about automation. People who don’t know that much about automation fear it and think that it will replace them. Automation will actually make better use of their time. They can focus on developing the next experiment or on analyzing all the data they’ve already collected.

Q: If you could automate anything in your life, what would it be?
A: I usually don’t need a lot of sleep — about 4.5 hours. I would automate sleep or the necessity of rest so I can increase my productivity. Time is the one thing we never get back. For me, while I am awake, I want to get the most out of my day and my life.

Q: What’s your best career advice?
A: Throughout my career, I have been involved in taking on students and being a mentor. The best advice I could give is that it’s okay not to know what you want to do. It’s okay to take some time and think about where you want to go. The other thing that I often advise is it’s better to try something than to wish that you had tried later down the road. I would rather find out that I made a mistake and change rather than have this ‘what if’ at the back of my mind.

Q: What was the first thing you ever wanted to be when you grew up?
A: When I grew up, there were a lot of TV shows based on detectives or firefighters who helped everyone. So, I wanted to be a fireman or police detective.

Q: What’s something your colleagues don’t know about you?
A: I considered a career in art. In high school, I took all the science-related classes, but I generally spent more time on my art. My art teacher referred me to a good art school, and I got accepted. In the end, I decided to stick with the science side of things.