The Biosero team bestows a major honor on one team member each year: the Greg Clark Award, named for a much-loved employee who succumbed to cancer in early 2021. Greg led our sales efforts and was known throughout the company for his passion, candor, truth, and excellence. 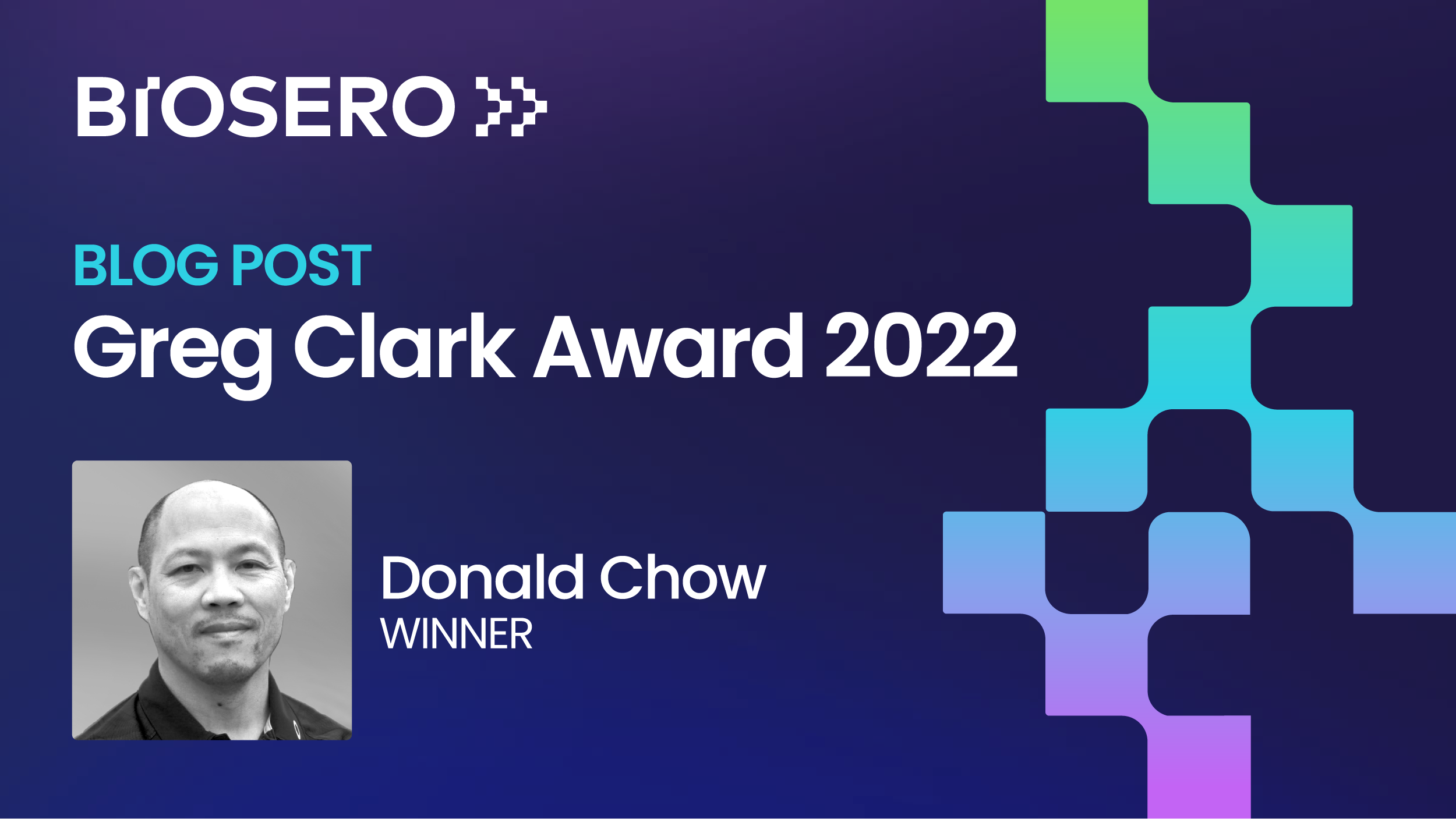 In his memory, and to honor the attributes he exemplified, we created the Greg Clark Award to recognize those same traits in other team members. After a company-wide vote, the first award was given to Donald Chow, Senior Applications Scientist and Global Applications Manager. He joined Biosero in 2016 and has been making a real difference for our clients’ automation installations ever since.

We asked Biosero CEO Tom Gilman for a few thoughts about why Donald was recognized by his teammates with this inaugural award. Here’s what he had to say:

“Donald has no quit and he is loyal beyond belief. He’s incredibly bright. Donald is very easy to get along with. And just like Greg, Donald gets his drive from his heart. He’s also the one person everybody goes to with questions. I am constantly hearing new people say, ‘If Donald wasn’t here, I wouldn’t know as much as I do.’ I still remember how excited Greg was when he first introduced me to Donald. He could not emphasize Donald’s integrity enough.”

Congratulations, Donald, for this well-deserved award!